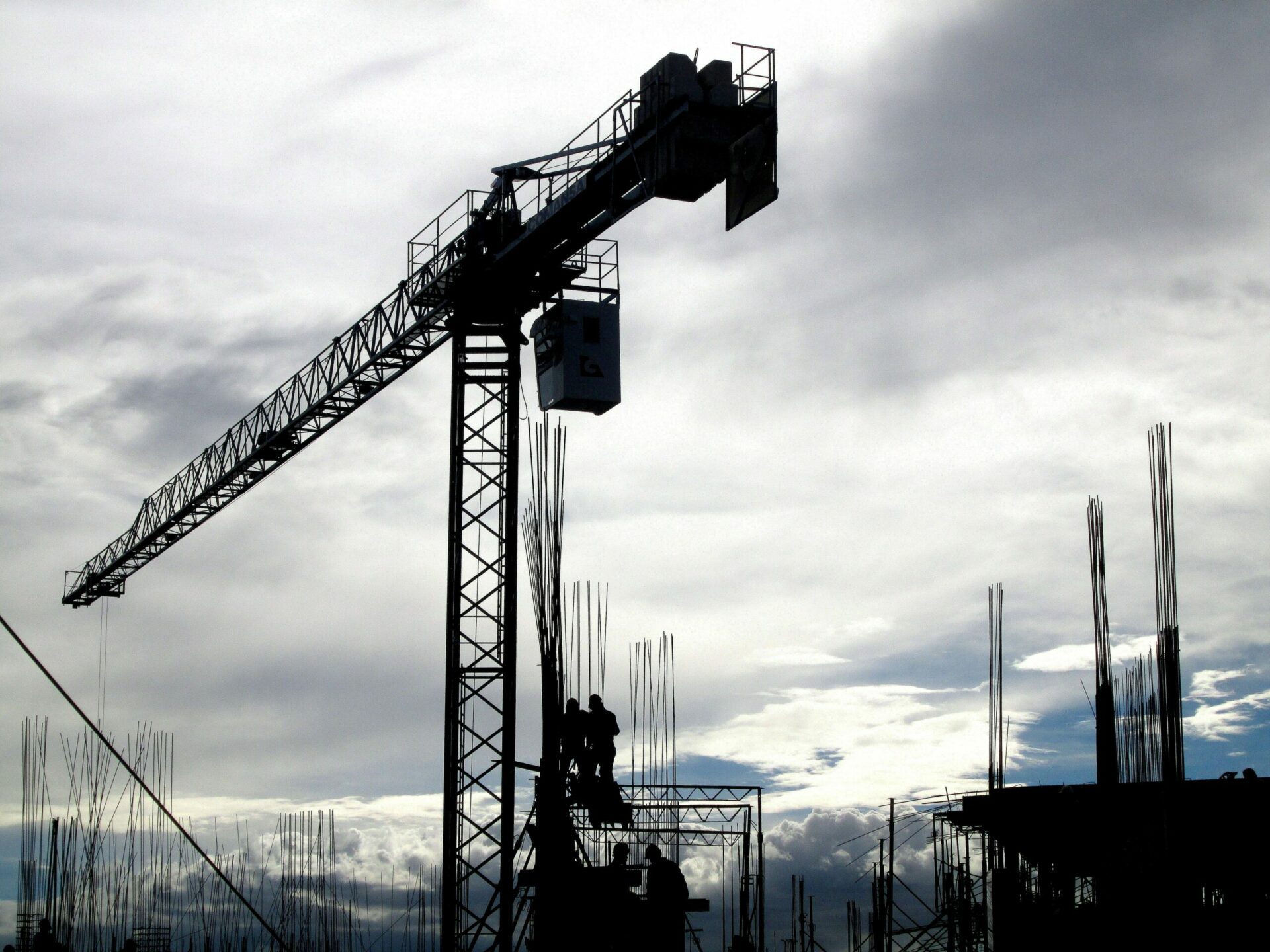 Without a doubt, Infrastructure as Code together with DevOps and Migrations is one of the hottest topics in the last 5+ years in the cloud industry.

A few words about cloud migrations

Cloudreach has been in the cloud migrations business since day 0 in 2009 (yes, we recently turned 13!). At the very beginning, we were focussed on Google Apps migrations, then Salesforce, and slightly later we started with AWS.

Back in the day, the only services that AWS provided were EC2, S3 and SQS. In 13 years AWS developed and released more than 200 additional services, more than 15 services per year. It was a booming industry with virtually no limits. Migrating in 2009 was incredibly more painful than migrating now. Tools like AWS Application Migration Service (formerly CloudEndure) are making our lives easier, especially at scale.

A few words about Infrastructure as Code

As a cloud native company, we love promoting DevOps and Infrastructure as Code (IaC). I am not going through all the benefits of CI/CD and Cloud Native Infrastructure, as we have covered them thoroughly in the past.

HashiCorp Terraform became the “de-facto” tool for IaC in Cloud (and Pizza Delivery) since its first release on 28 July 2014. Its adoption rate steadily increased throughout the years and nowadays it’s difficult to find customers that are not using Terraform to manage their cloud infrastructure.

A few words about migrations and IaC

There are several different treatment plans that are being considered when migrating workloads to the Cloud. A rehosting migration (otherwise known as “lift-and-shift”) consists of a block-based replication of the content of the on-premise server. It’s the most common migration strategy used when customers have a strict deadline to decommission a data center.

Some may ask if it’s even worth it to use IaC in the context of a rehosting migration as there are multiple aspects not managed as code (e.g. file system configuration, software installation, user configuration, etc.).

We enforce Infrastructure as Code across the board, and migrations are not an exception.

There is a misconception that rehosting migrations don’t go well together with IaC deployments. This is mainly because the resource creation (e.g. EC2, EBS, IAM role etc.) is managed by the migration tool (e.g. AWS MGN) and can’t be integrated in the code.

While this sounds obvious to most readers, my personal experience is that it’s not as obvious to others.

Moreover, migrating at scale requires IaC to minimize the manual “ClickOps” effort required to create servers in the Cloud.

In fact, IaC coupled with CI/CD pipelines bring multiple benefits, such as:

In the next sections I’ll explain two different methods to integrate your IaC tools (and code!) with the infrastructure migrated to the cloud.

For the sake of simplicity, I will limit the examples to Terraform and AWS MGN, but rest assured that the same principles are valid for other IaC tools, like AWS CloudFormation, and other cloud providers.

This blog post assumes that you are proficient with AWS MGN (or CloudEndure) and HashiCorp Terraform.

The initial conditions are as follows:

The methods described below can be used to couple Infrastructure as Code and rehosting tools.

The first method consists of importing the resources created by AWS MGN into the Terraform state after removing the mock resources, so that it reflects the target state.

What does Terraform import mean? As the linked article suggests:

Terraform is able to import existing infrastructure. This allows you to take resources you’ve created by some other means and bring it under Terraform management.

This is a great way to slowly transition infrastructure to Terraform, or to be confident that you can use Terraform in the future if it potentially doesn’t support every feature you need today.

Let’s see how to leverage this feature. We will be working with the Terraform state to replace the mock resources with the actual resources created by AWS MGN.

While defining the target configuration in the AWS MGN settings (Launch Template), the IAM Role and Security Group will correspond to the same resources created previously via Terraform and preserved in the mock deployment.

This is the sequence of events:

This script can be automated to automatically retrieve the IDs for the EBS volumes and EC2 instances, as well as the device ids.

Sample Bash script covering one EC2 instance import with two data volumes, with no automation (values must be entered manually in this case):

The second method consists of creating AMI and EBS snapshots of the EC2 instance created by AWS MGN. These will then be used to create the target infrastructure through Terraform.

Why are we not just taking the AMI of the EC2 instance and using it in the ami parameter in the aws_instance resource, and avoid gathering all the snapshots ids for the data volumes? While this approach will work on paper, if an AMI with multiple volumes defined is used, it won’t be possible to manage individual disks as code. For example, it won’t be possible to extend a volume or change its iops settings via code.

Most of the steps mentioned above can and should be automated to reduce errors and speed up the migration process. For example, Step Functions could be used to orchestrate the AMI creation, sharing a copy when an EC2 instance is created with certain tags identifying the target AWS Account, KMS key and Region for the migrated instance.

Which method to choose?

While both the methods can be considered equivalent in most cases, there are pros and cons for each one.

The main drivers are:

There are mainly two patterns for deploying AWS MGN in a Migration Factory design.

The first pattern makes use of a centralized Staging Area dedicated to AWS MGN, and then AMIs are distributed cross-account.

The main benefits are isolation (all the migration data and infrastructure is stored in a single AWS Account that can be nuked at the end) and easier planning (the target AWS Account and FW rules can be provisioned after the data replication has started).

The second pattern (used in the Cloud Migration Factory solution) consists of decentralized AWS MGN deployed in each AWS Account where the migrated workloads are supposed to run.

The main advantage is that the data does not need to be copied in the target AWS Account after the cutover.

In fact, if the size of the volumes is bigger than 1 TB, the snapshot copy operation might take more than one hour to complete. In this case, having a decentralized AWS MGN pattern would be a hard requirement depending on the cutover window allowed.

This implies the following:

Both methods require some form of automation to be used at scale.

Method 1 would require scripting to replace the resources in the Terraform state. Instance IDs and EBS volumes IDs could be retrieved programmatically from the script using the AWS CLI, or inputted manually. The choice depends on the scale and the level of tolerance on human errors.

If a centralized AWS MGN pattern is being used with Method 2, AWS Step Functions (coupled with AWS Lambda) to share the EBS Snapshots and copy them cross-account would be a must. Method 2 could require values such as EBS Snapshots ids with the associated EC2 instance names and device names (e.g. /dev/sdc) to be stored in AWS SSM Parameter Store once generated, so that Terraform can use them as data sources to avoid committing the code with updated EBS snapshot ids during the cutover.

Another consideration is around Terraform state. While Terraform allows us to inspect and modify the Terraform state, this needs to be done extremely carefully to avoid drifts and mismatches that would result in inconsistencies while performing plan/apply operations. If you are not confident in working with Terraform state, Method 2 is highly recommended as it doesn’t require you to execute any operations with the state.

It is worthwhile to highlight that there is no right or wrong choice. Sometimes it’s difficult to choose one method and stick to it, as the conditions might be different from workload to workload. It’s good to have at least two options to consider, depending on the requirements.

In this blog post I’ve shown two different ways of integrating resources created by a migration service such as AWS MGN with an Infrastructure as Code tool like Terraform.

Similar principles are applicable to other cloud providers, migration services and Infrastructure as Code software tools.

Despite the combinations of the above choices, customers should always consider  as much information as possible “as Code” to allow migration execution at scale, minimize human errors, standardize deployments and lock down access to infrastructure changes by using CI/CD pipelines.

If you want to know more about it, get in touch with us! 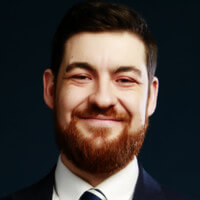