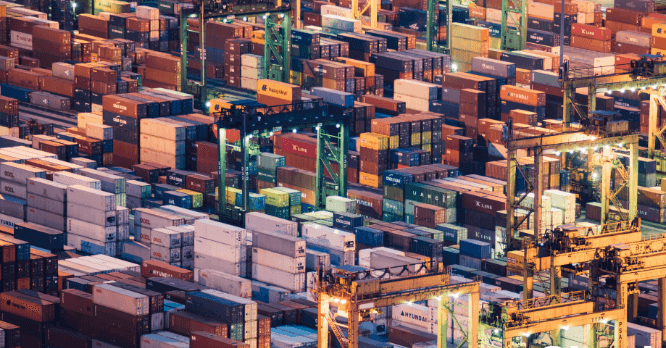 In the second installment of the Kubernetes 101 series, I’m going to take you on a deeper dive of the k8s resources that live within the environment. This is building off the first blog, so if you haven’t already read it, you can catch it here

While there are many resource types that can be deployed into a k8s cluster, today I’ll be focusing on a few of the core types. These are namespaces, RBAC, configmaps, service accounts, pods, services, and default controllers.

Namespaces are a fundamental concept in k8s and one of the first things created when you have a new cluster. A namespace provides a way of grouping resources, or could be looked at as a barrier. We can think about it like this, let’s say I have an application called ‘foo’. I create a namespace called foo in the k8s cluster. When I deploy my application I can specify to deploy it into the foo namespace. If I know another application called ‘bar’ is deployed in the same cluster, I could try and look at the resources in the bar namespace, but I would receive an error because I only have access to the foo namespace. If you do not specify a namespace there is a default namespace called default that will get used. Namespaces set up the foundation for authorization within a cluster, as most roles and permissions are bound to namespaces.

Role Based Access Control, or RBAC, is how the k8s (version 1.8+) enforces authorization. These are rules implemented as a role that tells k8s who can do what within a cluster. Just like IAM within any cloud platform, you should use the least privileged model when defining roles. Roles come in two flavors: cluster wide and namespaced. Cluster wide roles are good for setting global policies, then you can bind the role to specific namespaces and service accounts. Namespaced scope roles exist only in that namespace and cannot be used outside of that namespace. The policy within the role is the exact same across the two, it’s just a matter of how wide or narrowly they are scoped. In the policy, you specify the resource and what actions can be taken on the resource. A resource is any k8s resource like pods and namespaces which we have already talked about. The actions could be: create, list, watch, delete, etc…

I create a cluster role called “foo-role”. This role can get, list, watch, create, and delete pods.

Now I will bind this role to my service account in the foo namespace.

I can verify my access using the ‘kubectl auth can-i’ command.

Let me try and create a service account and role resource in the foo namespace.

As I would expect I do not have authorization on any other resources besides pods.

Final test is to see if I can get or create pods in the bar namespace.

Perfect! Based on the access the k8s admin has granted me, I can only take actions on pods in the foonamespace.

An example of application data in ConfigMap:

If you have sensitive data you can store this in a “secret” which is another resource inside k8s and it can be mounted the same way as a config map. Secrets are only base64 encoded so they are not entirely secure. When creating a secret from file, only the filename is exposed in the secret. You can get to the encoded data inside the file if you have RBAC permissions to do so, but a simple get or describe of the secret is not enough.

Switching gears back to pods, I said in the first post to think of pods as containers. Pods are actually a grouping of containers. So you can have multiple containers running per pod. However, it is best practice to deploy a single container per pod. One example for running multiple containers in a pod would be for logging, where you would deploy a second pod, referred to as a sidecar, that contains a logging agent. The Pod network is another network within the k8s ecosystem. Each pod gets assigned a single IP from the Pod network range and all containers within a pod will get assigned that same IP. For multiple containers in a single pod, they can communicate via localhost and port. Pods contain many metadata attributes that help identify the pod. One in particular is called labels. Labels are important because they put an identity on the pod and used by other resources to control which pods they interact with.  As mentioned in my first post there are several overlay networks and the service network being one. You can refer to that post to better understand the difference between these two.

I’ve talked about the service network a couple of times now, but you still may be wondering what exactly is the service? You can think of the service resource like a way to load balance across pods. When you have multiple pods running across multiple node servers, how does the networking know which pod to route too? This is what the service does. When you create a service for a set of pods in a particular namespace it’s able to get all the pod IP’s that match the criteria, typically labels. The service itself is assigned an IP from the service network range. Another pod can call the service name and be routed to one of the pods behind the service. There are three types of services you can deploy, 1) ClusterIP, NodePort, and LoadBalancer. With ClusterIP the service is assigned an IP that is only addressable within the cluster. Good option for backend services that need to communicate with each other. With NodePort the service is assigned a random port from within a specified range on the worker node itself. The service can be accessed via the node’s IP and whatever port has been assigned. This allows a connection from outside the cluster to become established. The port will be reserved on all worker nodes, so you can use any of the worker nodes IP to make the connection. With LoadBalancer type, this will create a load balancer on the underlying Cloud platform you’re running on and is only supported on Cloud platforms.

Wrapping up this series with a deeper dive into the default controllers on the master nodes. As a quick recap, the controllers perform specific functions within the k8s environment. The four default controllers that come out of the box are endpoints, nodes, replication, service account (SA) & token controllers. The endpoint controller joins services with pods. I just talked about the creation of services and now we can see some of the magic that happens under the hood. When a service is created the endpoint controller creates an endpoint object for the service. The endpoint object contains a list of all pod IP’s that are in the service. The service is constantly checking the endpoint object and if an IP changes it updates that IP so it will always be routing traffic to a healthy pod. The node controller is responsible for launching new nodes and checking health status of all nodes. K8s itself cannot really launch new nodes, for this to work it requires some auto scaling configuration on your Cloud providers platform. The replication controller is responsible for maintaining the correct number of pods across the cluster. The SA & Token controller ensures a default service account and API token is generated for each namespace. When you create a service account this controller will also generate an API token for that account. The API token is means for the account to authenticate with the API server, but more on that in a later series. There are many other types of controllers that you will become familiar with as you continue working with Kubernetes.

Stay tuned for future series where I will talk about how you as an end user can interact with the cluster to create and modify all these resources I have been going in depth on, as well as additional resources around deployments of pods.