Home » Blog » What’s the Difference between DevOps and Agile?

What’s the Difference between DevOps and Agile? 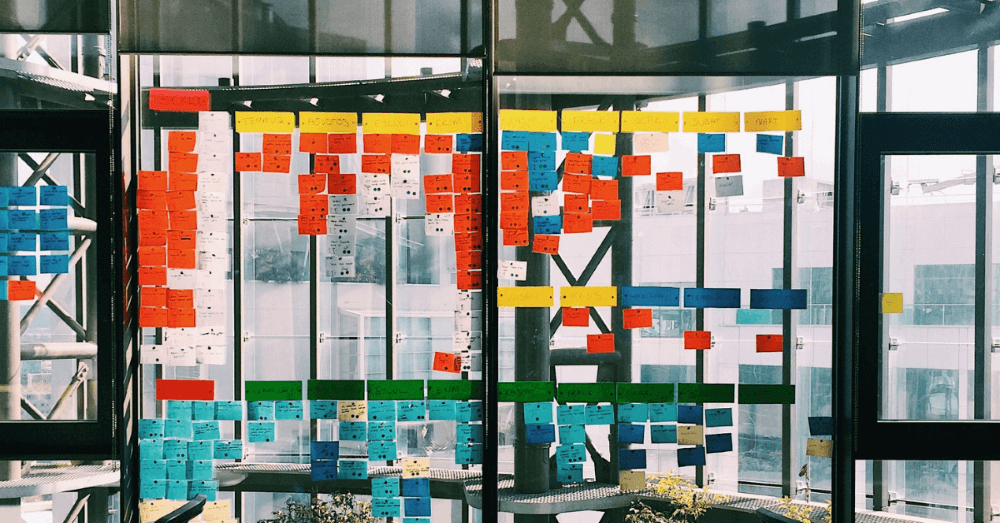 If your organization is building a cloud transformation strategy, it’s likely that you’re already familiar with the most common stumbling blocks along the path to the cloud. Complexity, the need for speed, process change and even mindset shifts can trip up even the best-laid plans for modernizing your technology ecosystem.

The truth is many enterprises will ultimately decide they’re best off incorporating some elements from both methodologies. Though DevOps and Agile are different, they’re not mutually exclusive. In fact, the strong synergies between them often result in improved efficiencies and better results when they’re combined.

Simply put, DevOps is a software development methodology that brings together two groups who have historically had competing priorities – developers and systems administrators (also known as IT operations teams). It asks both to collaborate within a single, cohesive practice to build software designed to be maintainable for the long term.

DevOps asks people to change the way they think about solving problems and embrace responsibility for a shared outcome. It encourages developers to take an “operations” mindset and brings a “development” mindset to IT operations personnel. The goal of DevOps teams’ collaboration is to deploy code into production more quickly and thus deliver new applications and services to customers at a much faster pace.

Automating everything is a core tenet of the DevOps approach. DevOps practices leverage automated tool sets to help them plan, build, test, deploy and monitor their code in a streamlined and efficient manner. When these cross-disciplinary teams unite in their pursuit of efficiency, the business is better able to move quickly and respond to changes in customer demand or the marketplace.

Agile is an approach to software development that was born out of programmers’ frustration with the slow and cumbersome development processes that were commonplace in the early days of software. In the early 1990s, it took an average of three years to bring a new application into production — a timeline so long that, even back then, projects were frequently cancelled midway through because business needs evolved faster than software. The Agile Manifesto was written by a group of pioneering developers in 2001. They wanted to be able to put working software into the hands of end users faster than had been done before.

Today’s agile development practices are usually implementations of that original Agile Manifesto, though in keeping with its principles, practitioners seek to put the concepts into practice gradually, according to an iterative approach. Agile practices typically emphasize collaboration, small releases in short cycles, and collecting customer feedback frequently. The principles are to put people over processes, collaboration over documentation, and flexibility over rigid planning. It’s desirable to try things quickly, see if they work, and if not, change them.

How DevOps and Agile Differ

DevOps and Agile are complementary practices, but the primary emphasis of each is different. At the core of DevOps is the idea of breaking down barriers between development and operations teams. At the heart of Agile are iteration, collaboration, frequent feedback and small releases. Agile’s principles grew out of approaches that were first popularized in lean manufacturing. Concepts, such as rapid prototyping, a fail-fast mindset and ongoing adaptability, are applicable to a broad range of business and engineering processes, while DevOps mainly addresses the end-to-end software development lifecycle. Agile is also associated with frameworks like Scrum and kanban that aren’t necessarily employed in DevOps practices. And DevOps emphasizes bringing larger teams together, whereas Agile focuses on small teams that can move fast.

How DevOps and Agile Complement One Another

Whether you’re adopting DevOps or Agile, the process of implementing a new software development methodology will involve a radical mindset shift. And, the two methodologies are intrinsically linked. Many practitioners would argue that DevOps is an implementation of Agile — that is, it’s one among many possible ways to realize Agile principles in a real-world business environment.

For practitioners who are new to DevOps services, the idea that the same practices you use to create your code can also be used when writing the infrastructure that supports it is truly revolutionary. It’s as significant of a change as the concept of shrinking software release cycles from months or years down to mere days is.

It’s worth pausing for a moment here to ask: is the concept of dramatically shortening release cycles an Agile principle or a DevOps one?

If you think about the idea for a moment, you’ll probably come to the realization that it’s both. After all, DevOps originated from the fact that Ops teams were struggling to keep up with Agile Development teams.

Indeed, many of the practices commonly employed by modern cloud development teams fall into both categories. Let’s take collaboration as an example. It’s among the core principles outlined in the Agile Manifesto, but it’s also a critical enabler of “breaking down the silos between Dev and Ops teams,” which is the foundation of DevOps.

For most business stakeholders, the question “is this a DevOps idea or an Agile one?” is less relevant than the question of whether or not the idea under consideration will enable the organization to drive business value faster. Ultimately, the goal of any operational process change should be to increase customer satisfaction and employee productivity. Along the way, most adopters of DevOps/Agile report increased employee engagement and stronger collaborative relationships in the workplace — a benefit that can extend beyond the core development and operations teams engaged in a digital transformation project.

In the end, this value is what’s most important. You’ll never have to choose between DevOps and Agile. Instead, you can pick the elements from each that best suit your current needs and challenges. And you don’t have to go all-in at once. Instead, you can start small, and gradually implement additional DevOps practices. In true Agile fashion.

Want to learn more about how Cloudreach can help your organization adopt DevOps so that you can reap the full benefits of public cloud? Discover how our new DevOps-as-a-Service offering provides support across architecture, development, and operations to help enable simple and scalable cloud transformation in your organization.