Home » Blog » The Truth about Data Analytics – with Three Examples

The Truth about Data Analytics – with Three Examples 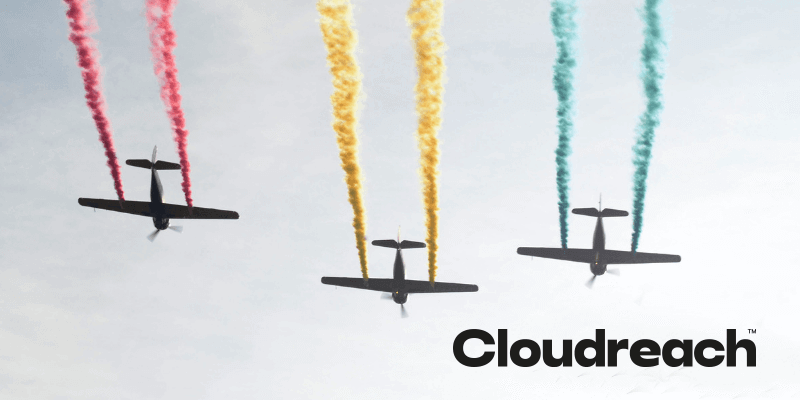 Three very different stories about data analytics initiatives transforming the way companies do what they do.

Whatever industry you’re in, chances are you’ve been told data analytics could transform the way you work. That’s the thing about data analytics – there’s no shortage of hype around it.

But the other thing about data analytics – the thing they don’t tell you (not at first, anyway) – is that it’s sort of impossible to make promises about what it can do for your business.

Because the truth is, data analytics means totally different things to different businesses. Without extra context, those promises of transformation are meaningless.

For example, here are three very different stories about data analytics initiatives transforming the way three (very different) companies do what they do:

Agricultural forecasting used to mean taking reams of satellite images and processing them for months to try and determine things like crop health, crop yield, and the status of critical links in the food chain. It was a messy, inefficient approach.

Then Descartes Labs came along. Their vision was to build a living, breathing atlas of the world with deep historical coverage of the entire planet that could deliver accurate, reliable agricultural predictions on demand. Predictions about not just crop health, but human populations, natural resources, the growth of cities, the spread of forest fires, and the state of available drinking water.

In 2014, they realised that vision through Google Cloud Platform. Its machine-learning tools gave them the power to analyse years of scientifically calibrated satellite imagery. It meant they could predict changes in crop health and yield faster and more accurately than government reports. Now, they can process the entire NASA Landsat image archive (an archive that’s been going since 1973) in just over 15 hours.

HSBC: setting an example for banking in the cloud

Back in 2014, HSBC had 56 petabytes in their databases. By 2017, that number had broken 100 petabytes. At the time, that massive growth in their data pool didn’t necessarily look like an opportunity.

In fact, having such a large amount of complex, sensitive data was a double-edged sword. On the one hand, it meant greater (potential) intelligence. But on the other, the more data they had, the harder it would be to manage and make sense of it.

The bank knew their on-premise DIY infrastructure couldn’t scale for advanced analytics. They needed a cloud-first strategy, and they needed the right platform on which to roll out that strategy: Google Cloud Platform.

The first thing they built on GCP was a liquidity-reporting algorithm, which now gives them a view of each country’s liquidity data in minutes instead of hours. Then came anti-money laundering, built using a Google BigQuery data warehouse, which helps the bank identify suspicious activity.

Now the bank plans to re-architect some of its core apps to Google Cloud. The long-term goal is to optimise online services for HSBC’s increasingly tech-savvy customers, bringing banking up to speed with other industries who have done the same.

Another goal (which the bank is already hitting) is to prove to the regulators that seamless, secure cloud banking really can be done.

Ocado is the world’s largest online-only grocery retailer. It’s an empire built largely on its own technology – Ocado created almost all the tools and automation that its end-to-end e-commerce, fulfilment, and logistics platform runs on.

It’s also an empire that runs on data, and lots of it – the digital supermarket serves 600,000 active customers, and processes 260,000 orders a week with 95% punctuality and 99% order accuracy.

Not long ago, Ocado outgrew its own systems, which had become siloed and slow. This, in turn, had made it slow and expensive for Ocado to react to customer feedback and perform analytics.

As Paul Clarke, Ocado’s Chief Technology Officer, put it: “The old databases just weren’t fast enough. We needed a solution that could scale with the amount of data we generate and how we use it. Google Cloud Storage and Google BigQuery now provide the backbone, from a data point of view, for the Ocado Smart Platform.”

To get the speed and flexibility it needed, Ocado migrated over 100TB of data to Google Cloud Platform. The results speak for themselves:

Getting closer to a no-hype definition

So there you have them. Three very different examples of a data analytics initiative.

One company’s using planetary insights to help us prepare better for disasters and famines. One’s trying to set a standard for secure banking in the cloud. And another’s looking to scale data-driven retail experiences without compromising on customer service.

Three totally different goals, processes, and outcomes. But that’s the thing with data analytics initiatives – no two should ever look alike. Analytics is about fueling your personal business goals with insights – not following a crowd.

How To Use Cloud Data Intelligence To Decarbonize Your Company