Home » Blog » Low Code: The Rise Of The Citizen Developer

Low Code The Rise Of The Citizen Developer 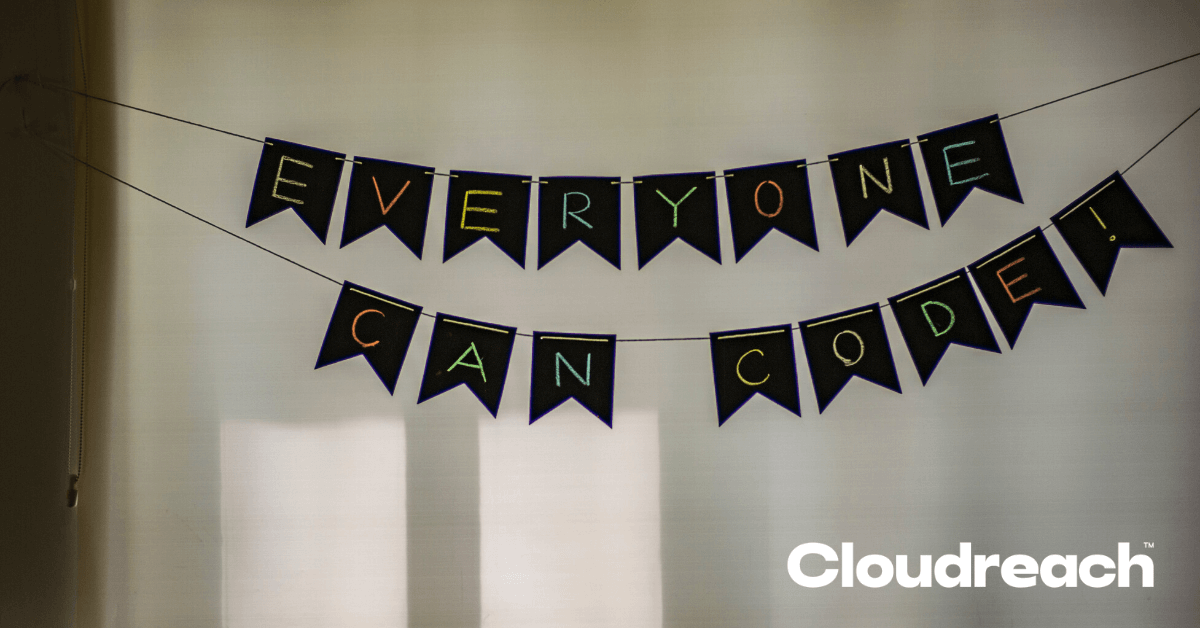 The term ‘Citizen Developer’ is sneaking into more vendor keynotes, analyst reports, and tech blogs. But what does it mean? Never fear, Chris Bunch, breaks it down and suggests what low code / no code could mean for businesses in the near future.

If you’ve not yet stumbled on this term yet in the tech press or the keynotes of the major vendors, you will. Should you care about it? Yes.

What is a Citizen Developer?

Those jolly folks at Gartner share their view here, which can loosely be paraphrased to say it’s someone with an organisation creating some form of application that will benefit the business, and crucially, is doing so with the blessing of “IT”. The twist vs. “normal” development is that these people are not the classic “coders” you would probably think of within the technology functions of your business. That is where the opportunity arises: enabling people perceived as ‘non-technical’ to use technology to solve business problems. With the massive democratisation of computing power, and then increasing levels of value-adding services being made available within enterprises, this next step is about democratising the ability to write code.

As with most technology concepts, “yes”. And “no”.

You’ll see this topic tied in with terms like “low code” and even “no-code” which have been around a while. In a prior job in the mid-2000s, I remember working on a mobile UI framework that let the designer build simple workflows and screen layouts without much development and then generated code for Windows Mobile (yum!), Android and iOS. Even before that, I worked one of the least well known 4GL languages of all time (Centura) which was able to do basic drag and drop WYSIWYG design amongst the ‘real’ development work.

Similarly, in the early days of Cloudreach, we used to unpick lots of old Lotus Notes Apps that users had built to enable simple business workflows.

What are the major vendors up to?

One of the most vocal in recent years has been Microsoft with their PowerApps offering. At most large events they will wheel out a business user from one of their clients – generally someone nearer the bottom of the org chart, relatively speaking – and they’ll proudly show off something they’ve built that helps to make the company more efficient. It’s often been something to simplify data collection to remove manual paperwork from what I’ve seen, which is a noble enough quest. I’ve heard it might be a bit complex to connect to data sources for some users, but I suspect a decent package of training and enablement can overcome that.

Earlier this year, Google acquired AppSheet in a clear sign they want to do more in the ‘no-code’ area. Expect announcements during 2020, perhaps as soon as Google Cloud Next in April.

During 2019, there were significant rumours of AWS building a new platform called “AWS for Everyone”. It’s unclear if that will definitely end up as a finished product, but the evidence certainly suggests they were working on it and when AWS work on things, it generally ends up changing the market for the better.

Elsewhere, outside of pure public cloud vendors, companies such as UIPath are leading with a similar message of empowering the wider business community.

What does the future hold?

I think it’s fair to say there’s a long way to go and the options and ease of use will continue to expand and evolve as both awareness and usage grow. I would be surprised if we didn’t see a release from AWS in this area in the medium term, perhaps even something that incorporates Alexa in some basic form to begin the journey around conversational programming (describing what you want verbally instead of designing it with code or clicks).

Of course! Can’t have something nice without some possible negative impacts, can we?

How are you going to roll this out? As with anything in the field of technology, it’s rarely about the technology, it’s about how you train and enable your teams. How will you control and govern the applications? The benefit of doing this within your cloud environment is you have a way of keeping an eye on it – assuming everyone is using your main corporate accounts/subscriptions that is… “Shadow IT” is perhaps a little overused as a term these days, but it’s worth understanding how to at least lightly control this – e.g. to ensure security and credential management is handled appropriately and you haven’t got passwords stored anywhere they shouldn’t be.

Some would also say if this takes off, you run the risk of the old “Lotus Notes” chaos – i.e. hundreds of small custom applications written in a proprietary stack that will be hard to upgrade in the future. My own view is that you’d never get anything done if you worried about a platform being too widely adopted. If it works, and your CTO has done their job choosing a sensible platform, embrace it.

There’s also a limit to what you can do with “no-code”. This isn’t going to replace those excellent people known as “developers” who really get hands-on and write code to create the most complex applications. Equally, perhaps the most senior developers would recognise that maybe coding isn’t the most difficult part. It’s all about those pesky users and building something that exceeds their requirements…and that is an art and a science in itself.

I look at citizen development as the logical continuation of the democratisation of technology. Some readers will remember hacking out Visual Basic macros in Excel (or similar), this takes things a lot further with the support of broader and more significant technology platforms. If you’ve got a degree in Computer Science, or real-world developer experience, I don’t think your career is under threat. Instead, colleagues around you will be able to build simple applications that add business value with ease.

The chances of being “blocked by IT” continue to get smaller and smaller every week. In a world where speed is (nearly) everything, you can’t afford to ignore this opportunity.