The 4 Symptoms of Cloud Chaos 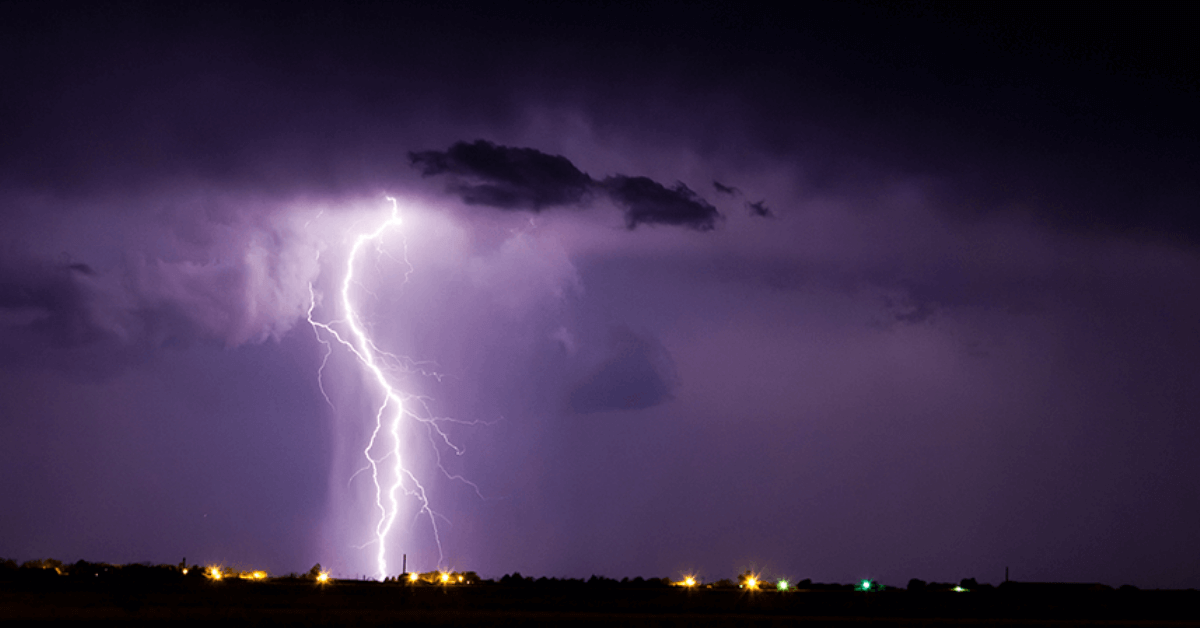 It’s finally happened – you’ve moved to the cloud. The bygone era of on-premise is firmly in the rear-view mirror. A world of opportunity beckons…

Well, sadly, for a lot of businesses, reality just doesn’t match up to expectations.

They find that more resources are being dedicated to maintaining their infrastructure over time instead of less.

People in their teams have started saying they “preferred the old ways of working” (and feel vindicated because the new way is failing.)

Costs are going up instead of down…

Welcome to cloud chaos. A sprawling, lumbering, headache-inducing entanglement that, left unchecked, can derail your operational and financial stability.

The good news? As long as you can recognize the symptoms of cloud chaos early enough, you can start working on the cure (more on that in the third and final post in this three-part series.)

In today’s post, we thought we’d take you through four of the key symptoms of cloud chaos, so you can work out whether your business is suffering from any of them.

The seeds of ineffective cloud adoption are sown long before any development happens.

Then (sorry to break it to you…) you’re most likely in the midst of cloud chaos.

It’s easy to get distracted by all the excitement and change happening at the early stages of migration. But remember, successful cloud adoption actually has very little to do with shiny new infrastructure. The most important thing to focus on, from the very first conversation you have about the cloud with your teams, is which granular business outcomes you need to achieve – and in what order. That way, you can measure progress against them, and make sure every step of your journey is on track, and delivering exactly the results you need.

Ask yourself questions like: what do you need to prioritize in the first instance – higher engagement levels with your customers? Faster responses?

Say you have an ecommerce site, and Black Friday is coming up – do you want to release a new app or feature to keep up with your demand? If so, what resources will you need to make that happen? Who will be in charge of each task in the project? Who will monitor progress? How will you measure success? What will you move onto next, and when?

These are specific questions CTOs and CIOs need to answer early on when mandating a move to the cloud. Otherwise you’ll end up with a solution that does everything…and nothing. And it’ll cost a lot more than when you started.

It’s tempting to think a great cloud solution will be picked up and adopted simply because it’s great.

Sadly, this is rarely (read never) the case. If your people’s skills aren’t geared towards – or enabled to get the most from – the cloud, your adoption will be skin-deep at best. To achieve successful adoption, your key stakeholders and wider teams – in fact, your entire business – all need to be aligned in both intention and execution from the very start.

It might feel like you’re making progress in silos, for example: you’ve hired people with the right expertise; implemented the right tools; adopted devops principles, followed ‘agile’ methodologies or ITIL fundamental processes. But the challenge is bringing all that together, in line with the pre-agreed business outcomes that you (hopefully) established long before migrating. Otherwise, you’re going to have all the components of the engine…with no drive or direction.

Cutting costs is one of the key drivers behind cloud migrations. The problem is, it’s easy to spend money in the cloud. What’s harder is spending it well.

It becomes easy to either over-provision, in terms of the number of resources, or over scale your resources.

It’s that Jurassic Park conundrum: “Just because you can, it doesn’t mean you should.”

A common (and slightly more realistic) example is creating shadow IT inside your cloud environments. Without a clear plan, that’s one sure-fire way to make your resources spiral out of control. You don’t know who’s using what – it could be the case that your teams are only utilizing 20% of something, but you’re spending 100%.

Equally, as product teams start adopting expensive cloud services like AI and containerization, costs rack up quickly – whether they’re needed or not. And the truth is, most CSPs won’t stop you from throwing the biggest machines you’ve got at the smallest workloads.

To cut to the chase, when you’re dealing with services of this scope and price, you need a solid, precise plan and a rationale for which services you’ll adopt – as well as a strategy for HOW you’ll plan to adopt them – and you need the right people on-hand to make sure you actually end up using the capabilities as intended.

Poor cloud governance includes none of the above. In fact, it normally stops at monitoring usage and consumption. And it’s why another key symptom of cloud chaos is a lack of clear roles and responsibilities.

It’s most often driven by the apprehension of the unknown. Like with most things, people are comfortable following their own traditional mentalities. For example – say you have a 15-year lease in your on-prem data centre. You know what it’s going to cost for the next 20 years; that it comes with someone to look after the security, someone to look after the availability, the uptime etc.

When you move to the cloud, suddenly there’s a shared responsibility between you and the platform. It’s a new relationship that demands a move from traditional hierarchical structures to a flat model, with dedicated, agile product teams. Trouble is, if you haven’t assigned those teams from the start, or given everyone a very clear picture of exactly what they’re supposed to be doing, where their responsibilities lie and how everyone’s going to keep each other in check, things can easily fall apart.

Counterintuitively, when it comes to governance, you actually need to give up some of that previous hierarchical control to get the best outcomes. Of course, this is where a great managed services partner will hopefully step in to share the load.

Curing the symptoms of cloud chaos

Cloud chaos is expensive, time-consuming and labour-intensive. But by recognizing the symptoms, you can at least address these challenges sooner rather than later, and get back to taking full advantage of your cloud solution. In the next post in this series, we’ll show you exactly how to turn each of those symptoms around –and make big wins along the way. Stay tuned.

Cloud chaos A.K.A Cloud Sprawl is a sure-fire way to knock your cloud adoption journey off track. Find out how to mitigate the five key symptoms of cloud sprawl by reading our eBook. 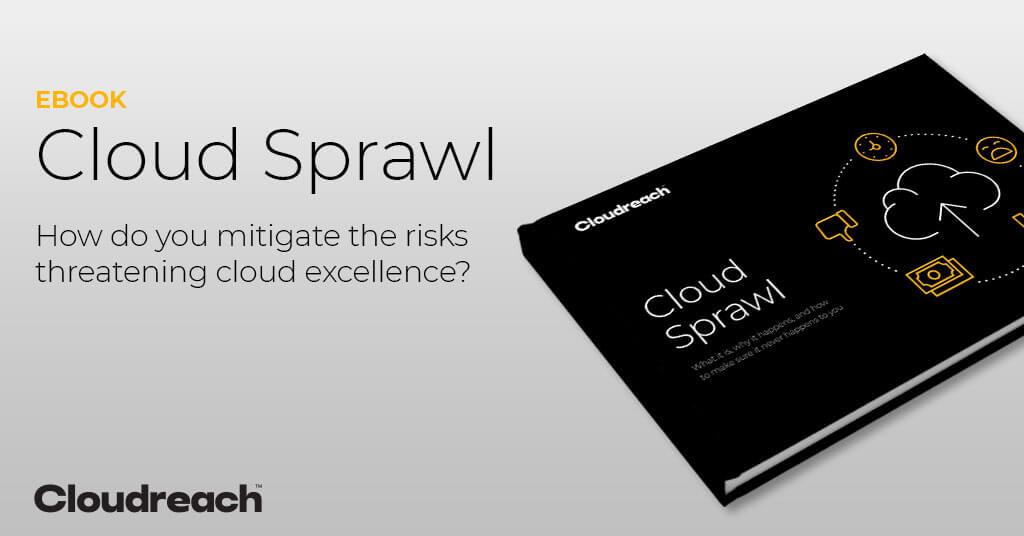 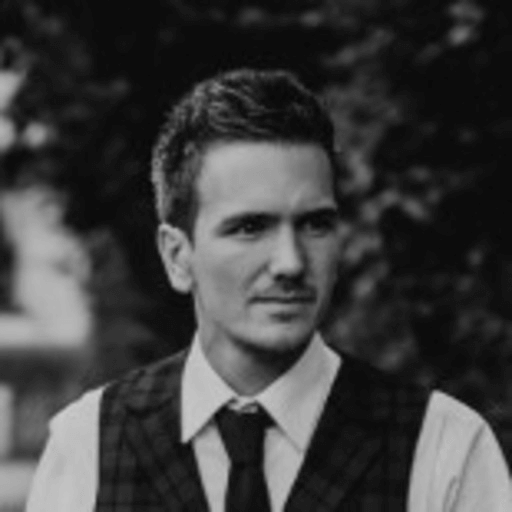