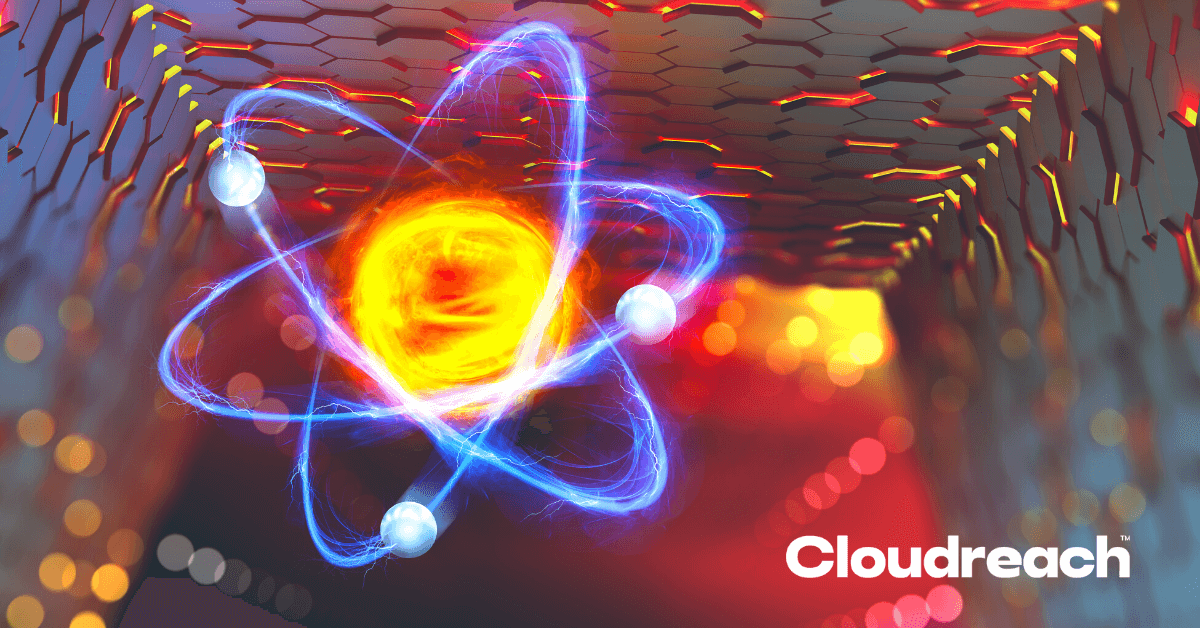 Other than studying a module on quantum physics at school during my late teens (and watching Quantum Leap on the TV), the first time the word ‘quantum’ gained relevance for me was some years later when I read Simon Singh’s: The Code Book. This was way back when we were all worried that the Y2K bug was going to signal the end of the world… in retrospect, such simple, happy times.

In the last section of the book, Singh writes about Quantum Encryption and Quantum Computing. This latter topic fascinated me as it was such a large departure from classical computing; where data is represented in bits that can only ever be either on or off (i.e. binary). In Quantum Computing, however,  data is represented by quantum-bits (qubits), which can be on, off, or both states at the same time, or anywhere in between (this is called superposition). Not only that, these qubits can be put into a state where they have an effect on each other (quantum entanglement)… and the results you get from them are probabilistic, rather than deterministic (as in classical computing). Therefore they need to be thought of and programmed in a fundamentally new way to get usable results. Confused yet? (Don’t worry you are not alone 🙂 )

Where are we with Quantum Computing?

The number of qubits we can reliably have in a chip (and hence the data size, and problems we can work on) has taken a very long time to increase. In fact, it took 19 years to go from 2 to 50 qubits, which IBM announced in 2017. Google then followed the next year with a 72 qubit chip. To add another problem factor to the mix, quantum computing systems typically need to be kept at temperatures near to absolute zero, since they are made from superconducting materials. They also need to be shielded from electromagnetic waves and other environmental effects to stop destructive interference and errors occurring.

So, these machines end up being large and cumbersome, with esoteric requirements (liquid nitrogen anyone?). Basically what this means is you’re not going to see a quantum computer outside of a lab or large data centre for the foreseeable future.

So with all of these hurdles, what’s the pay-off? If it’s so hard to build, run, and get reliable answers from a quantum computer, why do it? Ironically, the answer is both simple and hard to explain at the same time.

Quantum computers will allow us to answer new problems that classical computers cannot pragmatically answer, if at all. Problems such as modelling atomic bonding in chemistry, risk modelling, complex optimisation, modelling complex systems in nature. There’s also a lot of focus on machine learning with quantum computers – an area I’m personally very interested in.

With the work done by D-Wave, IBM, Rigetti, IonQ, and 1Qbit – to name a few – advances have been picking up in pace recently, and there are quantum systems beginning to be opened up for public use over the internet… and this is where a new offering from our good friends at AWS comes in, with AWS Braket (launched in December 2019).

As you would expect from AWS, Braket is a full service around quantum computing. It encompasses education on the topic and platforms, allowing you to design quantum algorithms with a fully managed Jupyter notebook environment. You can then test your results with AWS based simulations of quantum computers, running your algorithms on actual quantum hardware (at the AWS quantum partners) You can also analyze the results and link it all back into your existing AWS environment.

Amazon is also providing a Quantum Solutions Lab, where you can get access to leading experts in the field, to open up collaborative research programs and identify good applications of quantum computing for your business.

One eye on the future

AWS recognised us as masters of our craft, by naming us their consulting partner of the year here, at our home in the UK. As with all things AWS, Cloudreach will stay at the forefront of these new services – as they mature and grow with time, so will we.

Quantum computing is still a long way from reaching full maturity. If you compare it to the maturity of our classical microelectronics based systems, we’re around the early ‘vacuum tube’ stage of that journey for quantum computers. But I think it’s going to be a very fruitful area of innovation which will supplement our computational capabilities in new and interesting areas. I am very excited for the coming decades of discovery and understanding this will bring.

Richard leads Cloudreach’s Data Insight’s practice, which works with our clients to build out a robust data strategy and access the benefits of data analytics and machine learning solutions. Learn how our Data Insights team could help your business by reading our white paper: The Cloudreach Data Analytics Blueprint